How to Calculate Child Support in a Utah Divorce?

(Video above: Utah attorney, Trevor Osborn, explains how to calculate the amount of child support you be paying or receiving in your Utah divorce or Utah custody case).

The easiest way to calculate child support is to use the child support calculator provided on the Office of Recovery Services’ (ORS) website, HERE.  If you’re unsure of how to go about using this calculator, this article will help you.

In Utah, there’s a number of factors the court will consider when determining how much child support you will have to pay, or how much child support you will receive in your divorce or custody battle.  The court will consider (1) the income of both of the parties; (2) the number of children born to both of the parents; (3) the type of physical custody awarded; (4) whether one of the parties has another child support or alimony obligation in a different case; (5) whether there are other children currently living with one of the parents whom that parent is obligated to support.  This article will discuss each of these factors in more detail below.

Unemployed Parent.  Occasionally, one of the parents is unemployed and therefore does not have any income.  When this occurs, the court can impute income–this means that the court will look at the work history and employable skills of that unemployed parent to determine the amount of income the parent is capable of earning.  For example, if the parent was previously employed making $60,000 per year, the court may determine that the parent presently has the ability to make $60,000 per year, and then the court will use this hypothetical figure to calculate the amount of child support owed/received.

Unemployed with No Previous Work History.  If the parent doesn’t have any previous work history or any employable skills, the court will likely determine that the parent has the ability to make at least minimum wage.

Inconsistent Income.  Sometimes a parent is employed in a position where their income is dependent upon commissions, where their work is seasonal, or where for any other reason their income fluctuates month to month or year to year.  In this case, the court may look at the parent’s salary over the past several years to determine an average salary that the parent will be held for the purposes of calculating child support.

Second Job or Overtime Pay.  Generally, child support is calculated based on a parent’s 40-hour workweek.  Overtime pay and income from a second job can be considered when calculating child support, but generally is not. 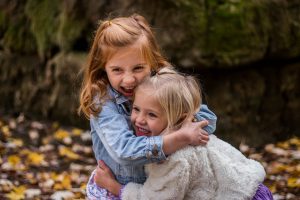 Number of children that the parties have together.

The type of physical custody awarded to the parents is another factor will significantly impact the amount of child support paid/received.

Previous Child Support or Alimony Obligation in a Different Case.

The court will consider the amount of child support or alimony (spousal support) that one of the parents has to pay in another, different case when calculating the child support owed/received in your case.

Obligation to Children in the Present Home.

If one of the parents has been remarried and there are other children of that marriage living in that parent’s home, the court will consider the financial obligation that parent owes to those children when calculating child support.

You can find more information in our Utah family law library.  Or contact us to schedule a consultation.