How To Modify Custody In Utah

Under current Utah family law, in order for the court to grant you the change of custody that you are seeking, you must present enough evidence that the court can make two separate and distinct findings:  (1) that a material and substantial change of circumstances has occurred in your case, and (2) that a change in custody is in the best interest of the child(ren).

Let’s address each of these two categories separately.

1. A Material and Substantial Change of Circumstances

For the court to find that a material and substantial change of circumstances has occurred, you must present sufficient evidence that not only has there been changes in the child’s life or in the parent’s life, but that the changes that have occurred have actually had a significant impact on the ability of the parent’s to parent their children and/or on the custodial relationship.

Here are a few examples of what might amount to a material and substantial change of circumstances:

There is no guarantee that any of the examples will result in the court altering an existing custody ruling.  In our experience, it is usually the accumulative effect of multiple factors that move a court to allow you to pass this first hurdle of “a material and substantial change of circumstances.”  That is why it is important to include as many factors as possible in your filing.

Keep in mind, if you don’t pass over this first hurdle, the court will not move on to the second hurdle addressing whether a change in custody is in the child’s best interest. 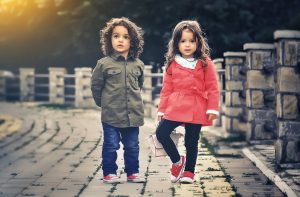 2. A Change in Custody is in the Child’s Best Interest

The Court is most interested in placing the child in a custodial arrangement that is most likely to be best for the child’s emotional, spiritual, psychological, and physical health.

If you present enough evidence for the court to find (1) a material and substantial change of circumstances has occurred, and (2) a change in custody is in the child’s best interest, the court will change its previous order of custody and issue a new order reflecting a new custodial arrangement.